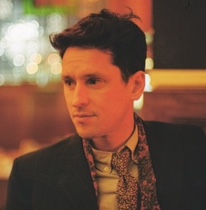 I enjoy thinking about the traditional associations of oil on canvas and its effectiveness as a medium in the contemporary world. The uniqueness of oil lies in its temporality as a medium, specifically in a world which feels as though it has succumbed to the photographic image. Within my work are figurative forms which are drawn from different aspects of my life, usually triggered by an interest in a specific feeling, shape, colour or form. Work is drawn from a variety of sources: life, magazines, television and film and collaged into new scenarios, as I attempt to deal with a set of formal concerns. It is this interesting exchange between fixedness of the material and the moment of the image that I find enjoyable. Within the process of making, I continue to play with the idea of permanency of material and memory as paint is applied and removed in equal measure which may or may not result in a spontaneous or gestural looking image. Consequently, these new narratives produce a series of assumptions or misunderstandings that explore the tension that exists between the painting and the image and in many ways, ask us to question the authenticity of memory or lived experience.
CV 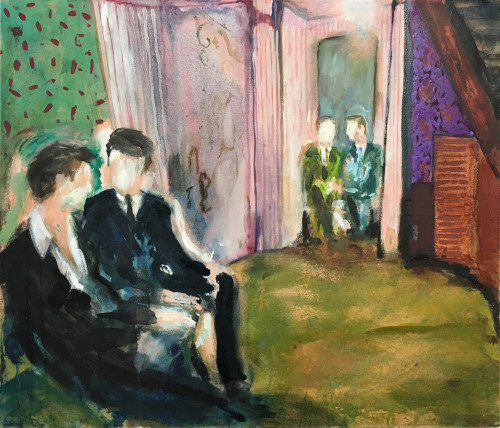