Intrinsic to my artmaking process is an engagement with the environment which surrounds me. I want the landscape to express itself, to bring to the surface what does not necessarily meet the eye, a transformative process provoked by my experience of it, its atmosphere and moods, its shapes, textures, colours, sounds and smells. Scotland’s geology and biology, its stirring, shifting and wildness, are a force I want to bring to painting.
I begin with daily walking and en plein air drawing/ painting. Back in my studio I refer to this with improvisatory mark-making. I allow the fluidity, thickness and transparency of the marks I make — with brush, knife, fingers, twig, pencil, crayon, pastel — to recreate my impressions and my memory. The depth of the layering over collage, and the intuitive act of putting paint down, reaches a conclusion that transforms what I see and note down. Sometimes this will take only a day or two, sometimes months or years as I work over the surface again to find a solution. My background in ceramics and textile design helps me organise this intuitive expressive painting.
Born Norfolk 1950
Further Education
Dip Ad Ceramics Bath Academy of Art, Corsham 1969-72
MFA Newcastle Polytechnic 1989-91 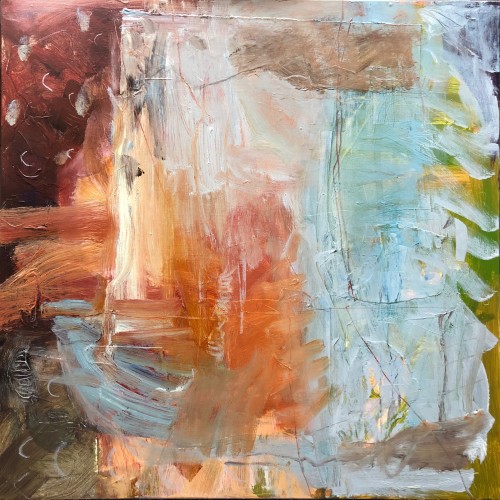 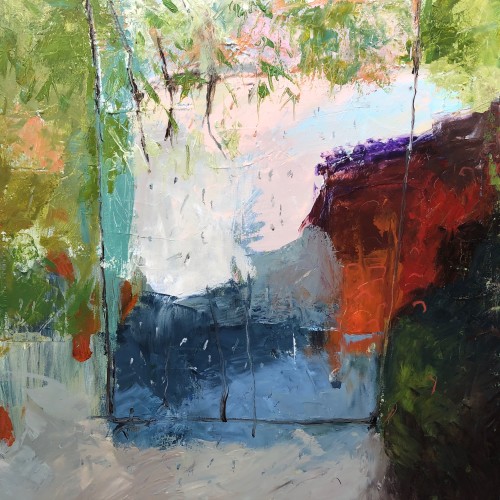 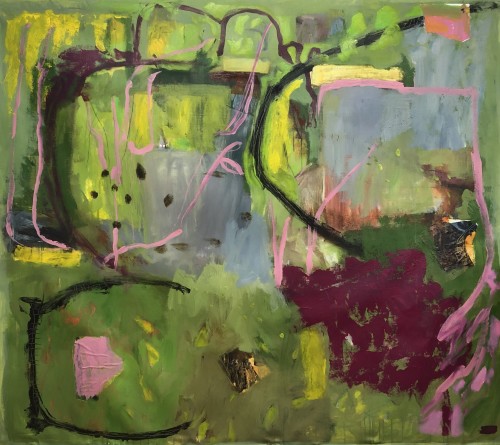 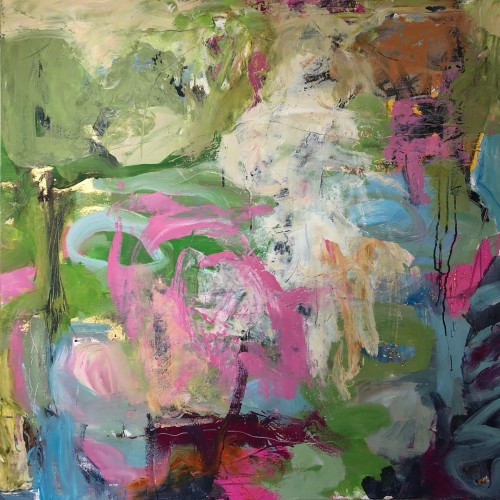 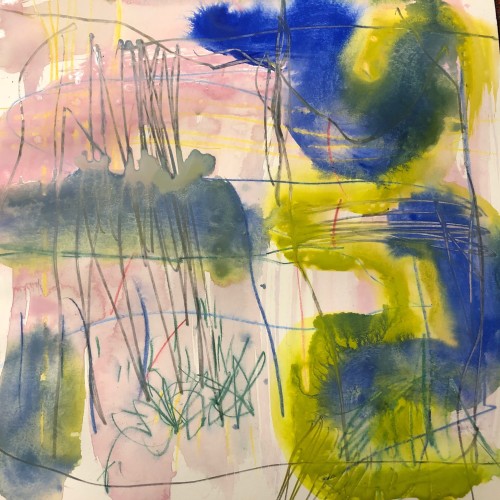 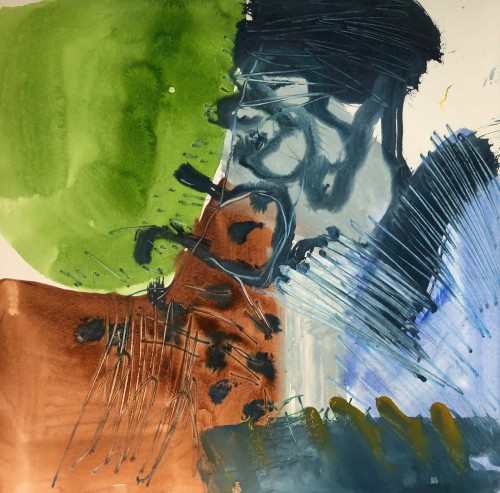 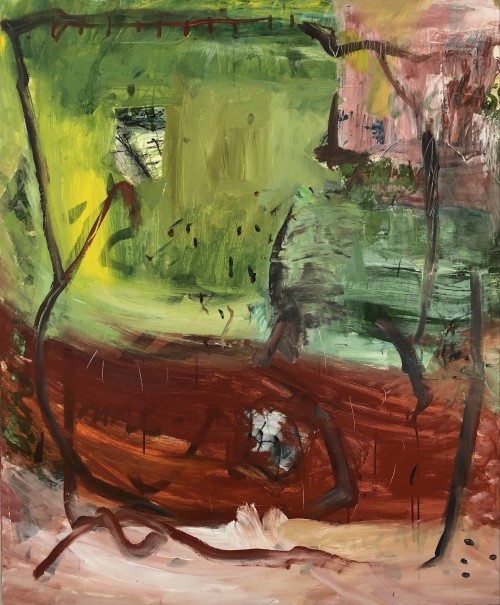 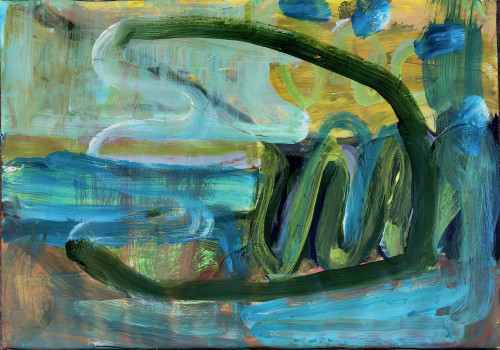