I supported my art practice by teaching in F.E. and privately in my studio. I also worked providing art therapy for dementia sufferers.
I am now able to focus on my painting, dividing my year between Scotland and France (the Auvergne).

I am a figurative painter, preferred medium oil on linen.
Direct observation is crucial to the work which always begins with drawing.
It is based on real places, mostly outside but not always.
In it I try to achieve a wider meaning, reaching out beyond the immediate image. The potential for doing this influences my choice of subject.
Recently my work is changing due to my experience of the Auvergne.
I feel that I am able to push it further.
Education

My work is in private collections in England, Scotland, North America, France, Germany, China and Spain. 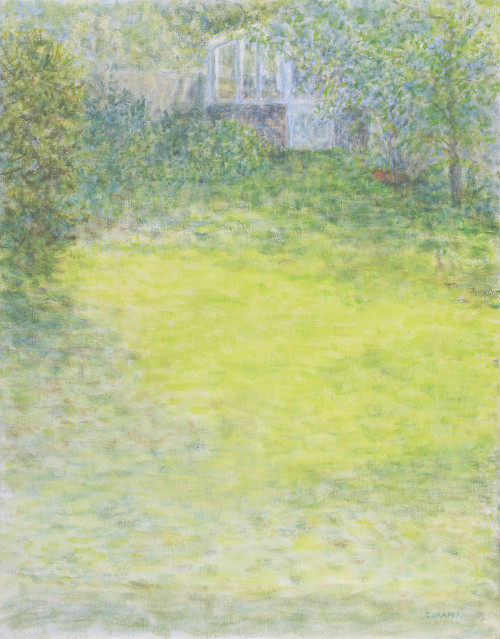