Photographs, taken to record her own travels and experiences, are often the starting point for Emily Moore's landscape based work. Moore is drawn to the patterns and forms found within the natural environment and the contrasting, geometric shapes and lines of the man-made structures which inhabit it. Her work, which encompasses a range of media, explores the tension between these two conflicting themes, attempting to find an overall balance within the final composition. A strong architectural influence is apparent in Moore’s work, which often draws attention to overlooked everyday constructions such as pylons, towers and stairways. The physical act of creating a piece, the surface and materials, has always been an important part of Moore's practice. She developed her unique style of painting during her final year at Edinburgh College of Art, where she worked directly onto wooden panels, constructing the image in individual detailed layers, whilst retaining elements of the natural wood beneath.
b. 1984, Aberdeen, Scotland
Lives and works in Edinburgh, Scotland

Emily Moore graduated with a first class degree from Edinburgh College of Art in 2013. In 2012 she was awarded the Royal Scottish Academy Keith Prize for the best student work and during her final year she was selected for the Saatchi New Sensations Longlist. Following graduation Moore was shortlisted as one of ten finalists for the Griffin Art Prize, appearing in an exhibition at The Griffin Gallery in London, where she was awarded the Griffin Art Prize People's Choice Award and a sponsored artist award. Since graduating Moore has shown her work internationally as well as regularly exhibiting at the Annual Royal Scottish Academy Open Exhibitions where she was awarded the Royal Scottish Academy Guthrie Award in 2016. In 2018 Moore was selected as one of twenty-six global finalists for the Rise Art Prize where she won Rise Art Painter of the Year, and later in 2018 was selected as a finalist for the Zealous Emerge Art Awards. 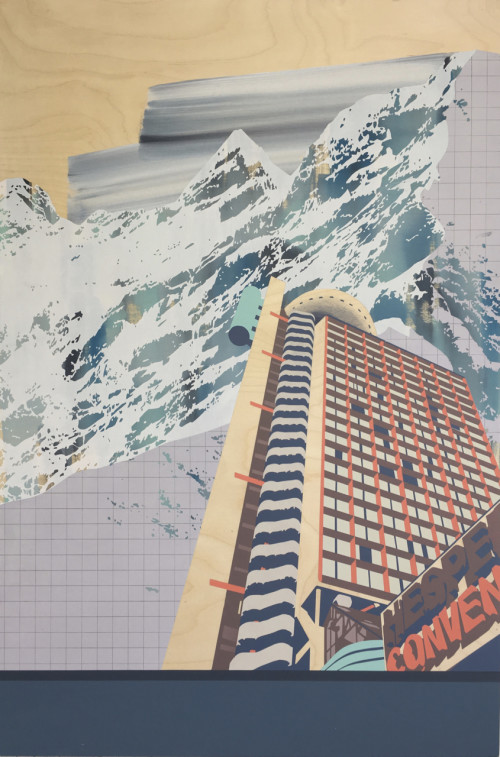