Sarah has a taste for the unusual and for the catwalk. She has plaited the local Highland hairmoss to resemble tweed on one side and AstroTurf on the other, though she is just as likely to work with corsetry boning and elastic.

Sarah’s “Dark Tendril Bag” won second prize in the Worshipful Company of Basketmakers’ Basketry of the Year 2018 competition, and her “Highland Hairmoss Basket” came third in the same competition in 2017.

In 2018 Sarah was awarded a Visual Artist and Craft Makers Awards grant; “A Bag for Isobel”, made of plaited and stitched hairmoss, is in the Isobel Wylie Hutchison Collection in Carlowrie Castle, and she has had pieces in the Knitting and Stitching show at Olympia, and in the Scottish Basketmakers Circle’s “Woven Together” show.

In 2016 “Variations on a Flamingo”, tiny coiled baskets made of various materials, were selected for the “Inspired By” exhibition of work inspired by pieces in the V&A.

She lives in Applecross on the west coast of Scotland, and makes baskets in a restored byre.
AWARDS
Basketry of the Year 2018, Worshipful Company of Basketmakers: “Dark Tendril Bag”, bias-plaited corsetry-boning, awarded second prize; £1,000 prize.

Inspired By..., Morley Gallery, London, 2016: “Variations on a Flamingo” chosen for this exhibition of work inspired by the V&A’s collection. 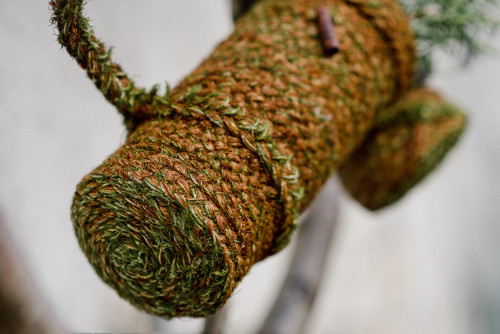 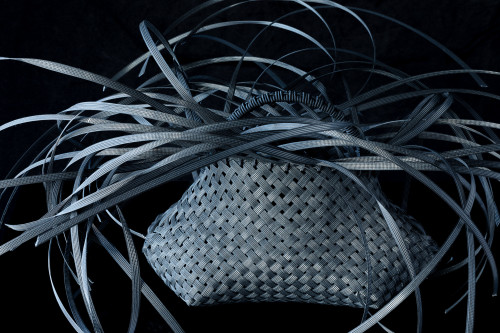 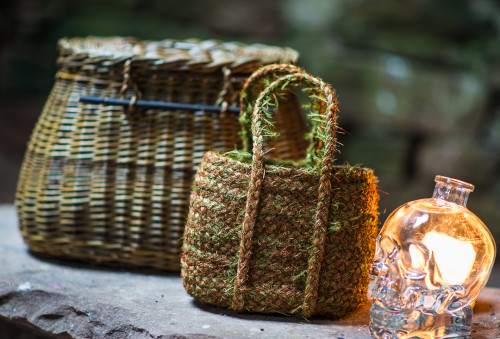