Deliciously irreverent ceramics and jewellery in silver and porcelain.

Drawing inspiration from the confectionary industry this collection aims to glamorise the simple pleasures in life. The full spectrum of sweet treats from fruit chews and lollies, to cakes and pastries piled with cream and icing, are distilled down to their simplest forms and matched with a sickly sweet colour palette. Pastel tones derived from the sticky opacity of fruity chews, marshmallows and foams are achieved through a combination of softly coloured porcelain and carefully matched gemstones. A wealth of form and pattern is found in the factory produced pressed and cast candies, and similarly in the plastic casings that cocoon them. Nuggets of cast porcelain and oversized gemstones are wrapped up in silver bezel settings and arranged in a collaged pick ‘n’ mix of pleasurable extravagance. The formality of precious materials is removed to create wearables that drip with the desire of momentary self-indulgence and look good enough to eat.
EDUCATION
2003 – 2004 University of Wales Institute, Cardiff: MA Ceramics
1999 – 2003 DOJCAD, Dundee: BDes (Hons) Ceramics, 1st Class. 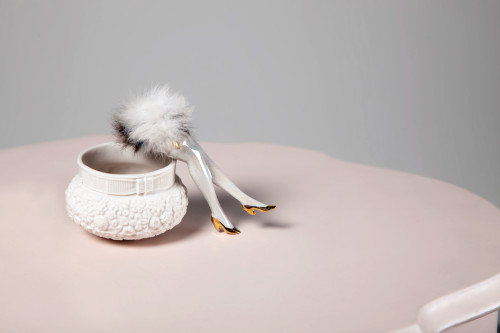 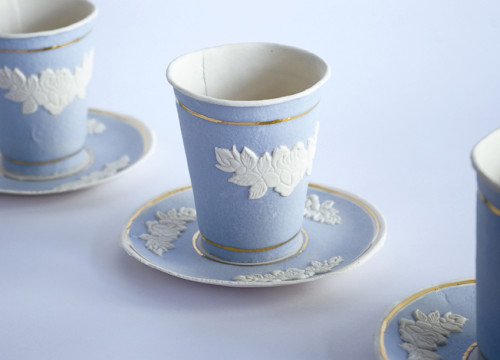 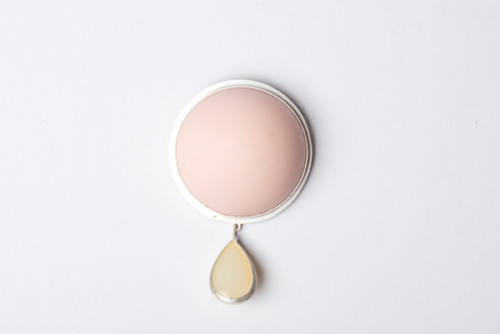 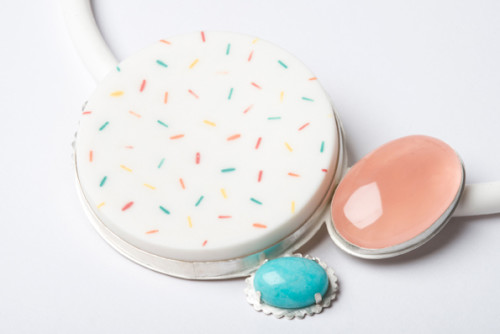 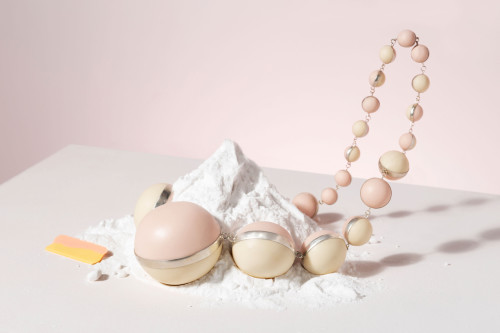