Margarita is a Gaelic speaker and lives and works in the village where she was born, in the Isle of
Harris in the Outer Hebrides. where her family have lived for many generations, Her painting expresses the wild beauty and drama of the unique, varied landscape, the changing light on sea, land, the crofting environment and its many wild flowers. « Each day is the start of a new adventure in using watercolour, enjoying mixing media and the technique of Japanese woodblock printing.
She lives largely outside the mainstream art establishment, but her paintings go to all corners of the world and her work has been shown at the Royal Scottish Academy. She graduated at the GlasgowSchool of Art and then worked as an art teacher in Central Scotland, including working with children having special needs, before returning to teach on the Islands of Harris and Lewis. In 2009 she opened her own studio/gallery, Holmasaig, Quidinish and became a full time artist in stunning location of remote South East Harris.
Her work is in private collections in the UK. USA, Europe , Canada, New Zealand, Australia and China.
Recent group and solo exhibitions 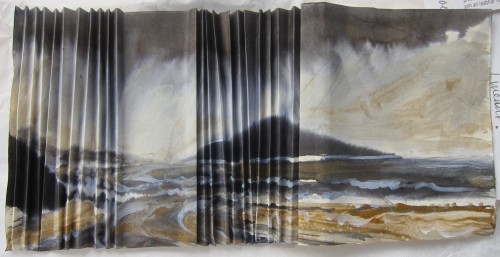 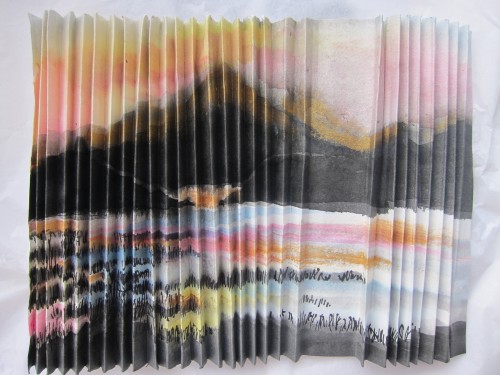 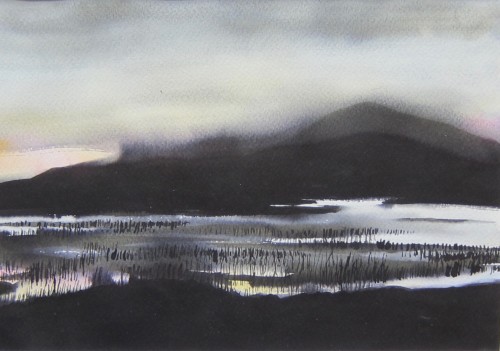 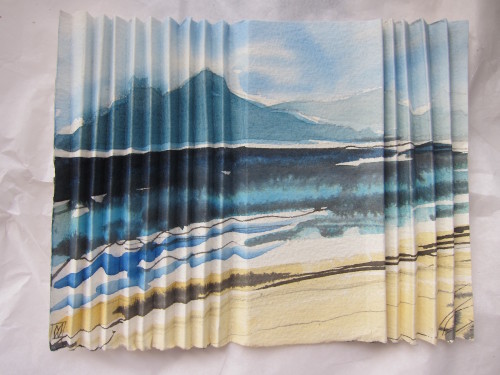 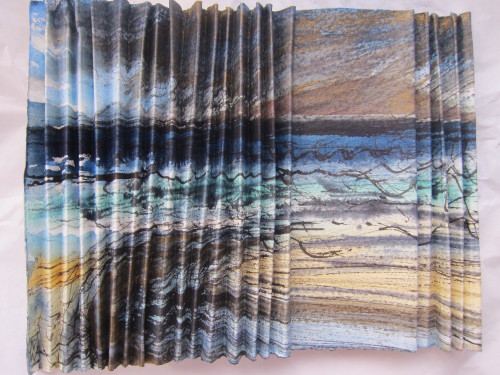 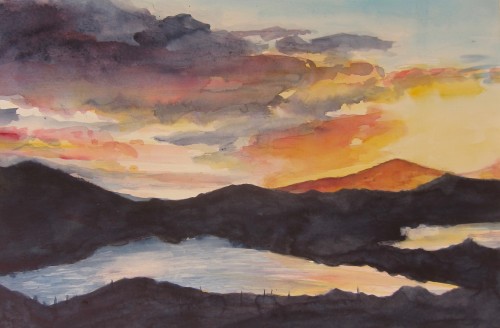 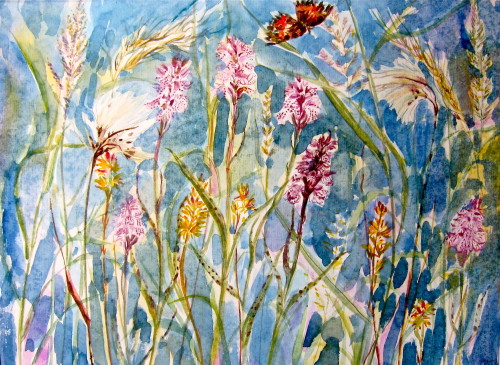 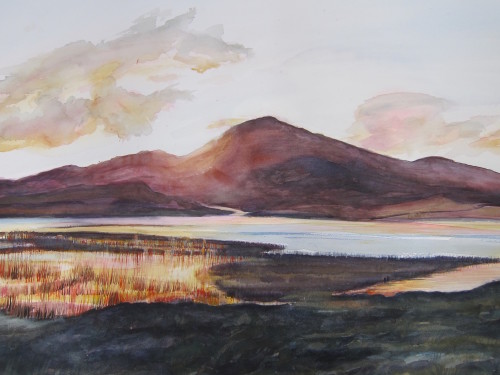