My works are invented psychological mindscapes. Taking inspiration from a variety of interests including anthropology, geometry and psychology, I create uncanny dystopian imagery that reflects a belief in the power of art to provoke enquiry. My work explores space and personal symbols challenging perceptions by presenting the ordinary in an unfamiliar way. There are contradictions at play: humanity and the artificial; the banal and the extraordinary. Some elements are cold and hard-edged, others are humane and tender. Figures or animals find themselves in an uncompromising and sterile arena. Ladders, steps, arches, holes and other motifs punctuate the picture plane. There is stillness but it is deceptive, implying a precarious and fragile existence. Transformation awaits but everything stays stuck in its rigid place. The use of perspective invokes the passing of time without action.
The news media, traditional assumptions and social constructs raise questions about our ability to judge our place in the everyday experience. My work endeavours to address the problem of how to represent the uncertain and precarious nature of our reality.
I am a painter who works in oils and mixed media. I also make unique works on paper through drawing or using drypoint, monotype and other print media.
BIOGRAPHY:
Born in 1963, prize-winning artist Kenneth Le Riche describes himself as a late bloomer. Having first earned himself a degree in engineering (1986), he worked in a variety of different jobs in different countries. He only started painting in earnest in his late 20’s and didn’t go to art school until he turned 30, when he attended the Foundation Course at Leith School of Art (1994). This paved his way to study at Edinburgh College of Art where he received a BA Hons. (1998) and where he won an Andrew Grant Scholarship. He was also awarded an Erasmus grant for a four-month exchange to the Villa Arson Centre d’Art Contemporain, France.
He was awarded a scholarship to pursue further studies at the New York Academy of Art where he graduated with a Master of Fine Arts with distinction (2003).
Le Riche regularly has work selected for the Royal Scottish Academy, the Society of Scottish Artists and Visual Arts Scotland Open Exhibitions. He has been a council member for Visual Arts Scotland and is currently a professional member. In 2009, he won the Visual Arts Scotland Purchase Prize.
Le Riche has worked for several arts organisations including the Leith School of Art, Edinburgh College of Art, and The New York Academy of Art. He has exhibited both in the UK and overseas and has been artist-in-residence at the Leith School Of Art, UK; Amagansett Applied Arts, New York, USA; Odd Nerdrum Studios, Norway; and the International Art Symposium, Jordan. 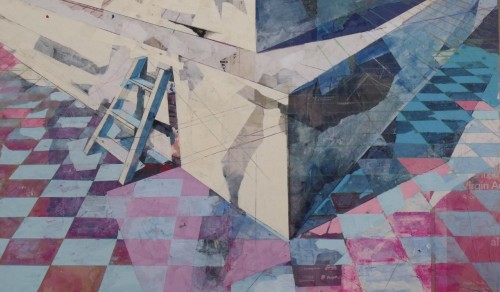 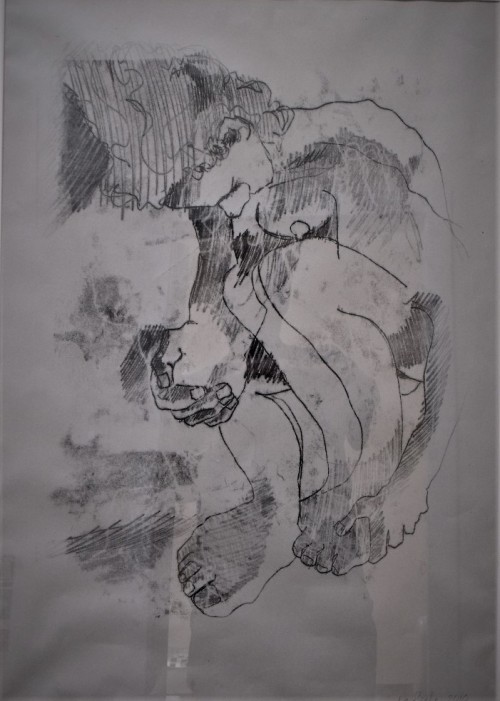