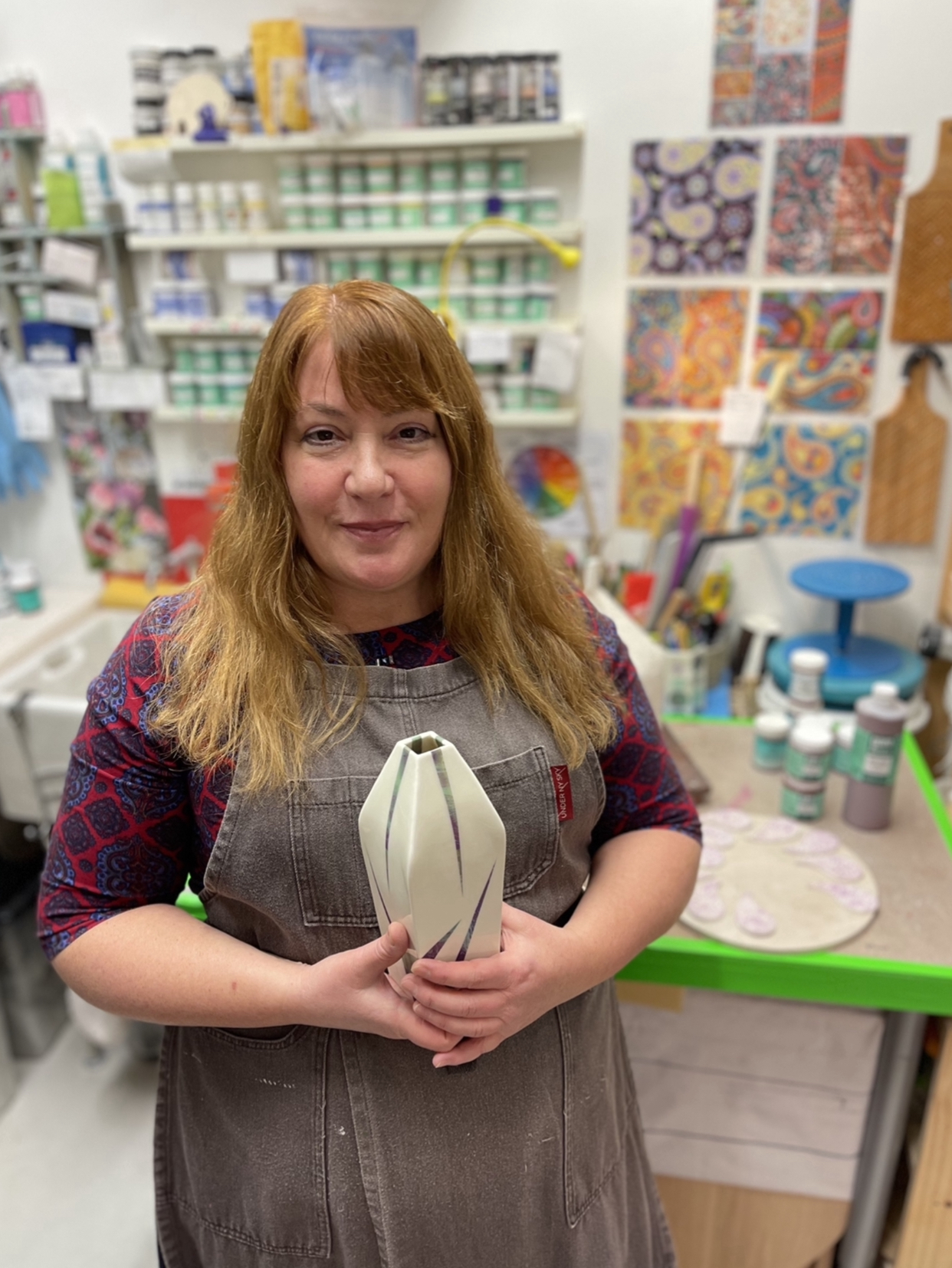 Since my first introduction to clay as a child growing up in California I have been completely seduced by the pliability of this medium. I felt compelled to discover how I could combine my love of drawing and painting with designing and making with clay. Accepted onto the Ceramics Design part-time degree course at Glasgow School of Art I completed my BA (Hons) degree in 2011.
My love of the sea, sun and sometimes sun-bleached environment influence my artistic development with its contrast of vibrancy and the faded stimulating my senses. I enjoy developing forms, colour and pattern in particular simple shaped forms which compliment my designs and act as canvases to explore. Trying not to over-analyse while working, I often let the process guide me to the next stage. I delight in the unexpected with words, music and stories often leading my clay meanderings. I prefer to leave a human element to my work showing surrender to natural impulses, colourways and mark making.
Now living and working from my studio in Renfrewshire my most recent work involves exploring slab-built forms and using my own photographic images as surface decoration in ways which compliment the forms.
Qualifications:
2015- BA (Hons) Ceramics Design Glasgow School of Art
2016-2017- Creative Retail Business Development programme with Invest in Renfrewshire’s InCube

Awards and Grants:
2016- Funding awarded by Paisley2021 and the Culture, Events & Heritage Fund to deliver a series of 24 ceramics workshops at Paisley Museum 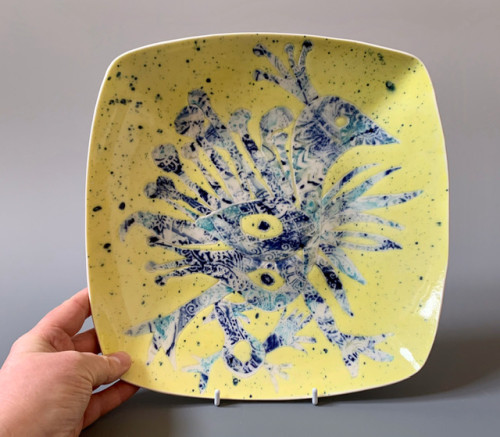 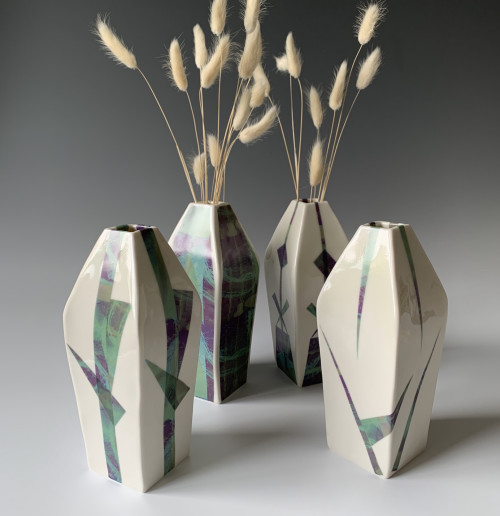 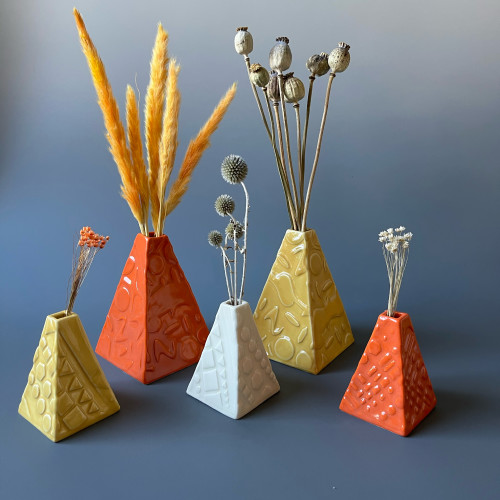 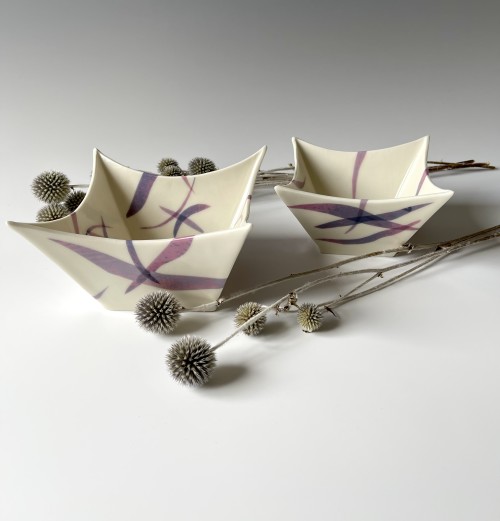 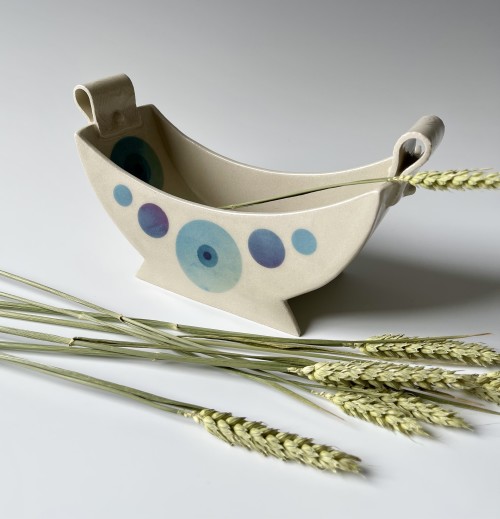 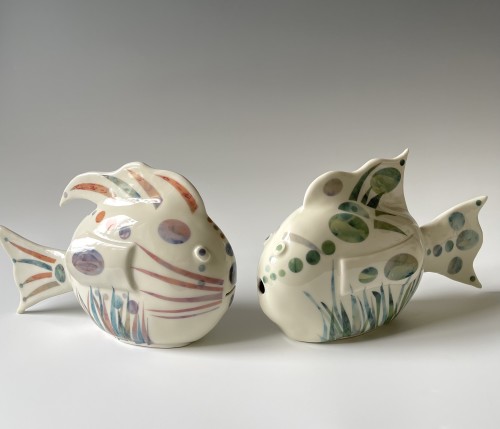 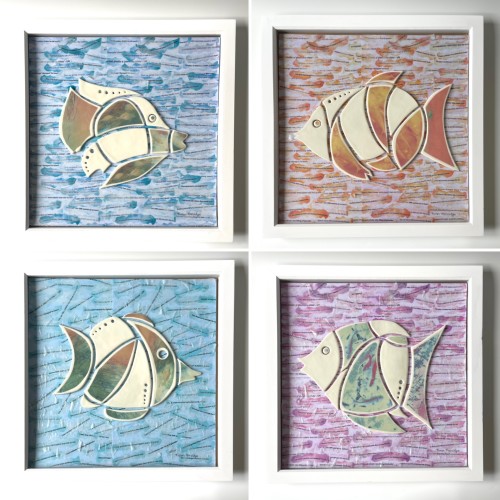 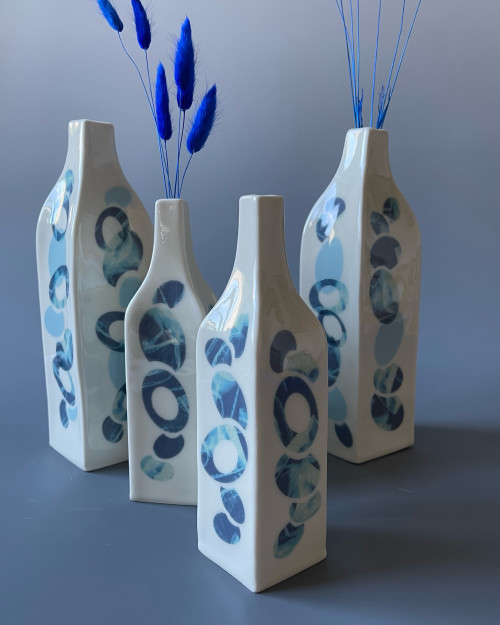