I am a contemporary craftsperson and my work consists of mixed-media jewellery and small scale vessels with the occasional accompanying screen print. I specialise in the use of bio-friendly resins and frequently incorporate found objects in my work.
My work is research-led and underpinned by a repeating theme of how we interact with the environment around us. In 2015 I was awarded funding for a research project to travel to the US to attend Burning Man which is held annually in the Black Rock Desert, Nevada. My time at the festival allowed me to examine the cultural context in which design operates, where connections exist between the environment, adornment, and identity. The resulting pieces are a visually eclectic mixture of resin, metal, fabric and mirrored surfaces which are large, colorful and high impact. Their creation involved a diverse range of processes that include casting, carving, etching, laser cutting, powder-coating and sewing in addition to traditional metal working techniques. It is a collection of work which can be considered as straightforward adornment, as armor, or as camouflage.
Earlier work has been inspired by the worldwide plight of the bee population; particularly the complex juxtaposition between bees as a part of nature (their history, evolution and biology) and bees as a commodity in our global agricultural economy. My pieces depicted a dystopian future of modern consumerist 'nature' – imagining what the world might look like if bees were to stop collecting pollen and instead focus their attention on collecting consumer goods.
Recent Exhibitions
2016 Exothermic – Solo Show, Edinburgh, UK
2015 Selected, Dovecot, Edinburgh, UK
2015 Craft Scotland Summer Show, Edinburgh, UK
2015 & Collective, Bridge of Allan, UK
2015 Visual Arts Scotland Exhibition, Edinburgh, U
2013 SOFA, Chicago, USA 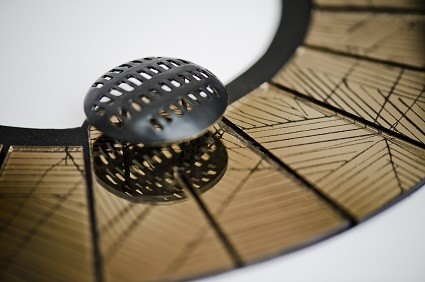 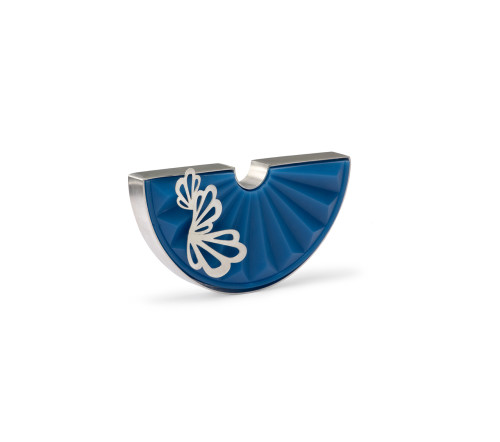