Framed within the context of the proposed current epoch of geological time, the Anthropocene, my practice studies humanity's long-term impact on the strata record through our powerful influence on the environments, climate and ecology of the planet. Recent work studies humanity’s destructive alterations to the biosphere as well as the possibilities for positive change, associated with the advent and expansion of the Anthropocene by depicting the effects of a series of epoch-spanning cataclysmic events, both real and imagined.

I create constellations of paintings which position human-caused cataclysmic events within the context of recurring planetary and cosmic cataclysmic events in order to question how long our species will live with respect to deep time. My paintings are constructed from layers of oil, egg tempera and graphite which are partially eroded through sanding and engraving. This process is a combination of spontaneous mark making and considered detail which within the context of my subject signifies the excavation of layers of earth and time, revealing lost narratives and social collapse. When viewed collectively, the works form a complex web of signification, where bursts of detail, colour and abstract forms emerge from the distant past and reach into faraway future capturing the complexities of time, nature and culture in the Anthropocene age.
EDUCATION
2015 – 2016 Masters of Letters in Fine Art Practice, Distinction, Glasgow School of Art
2007 – 2010 BA (HONS) Fine Art, First Class, Norwich University of the Arts 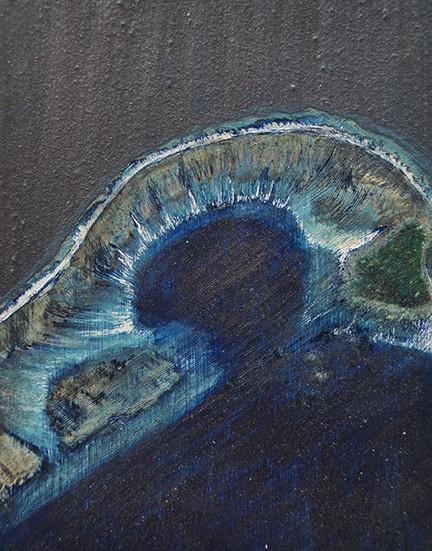 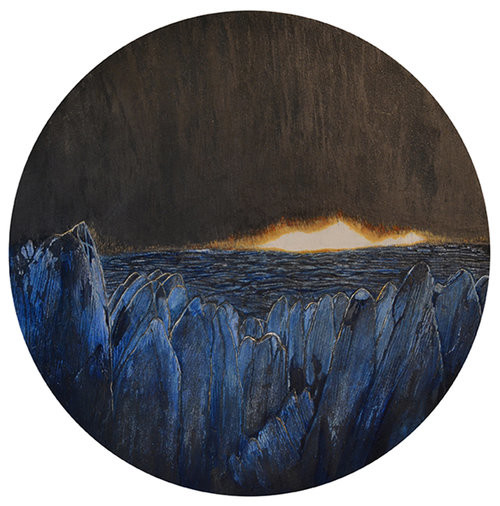 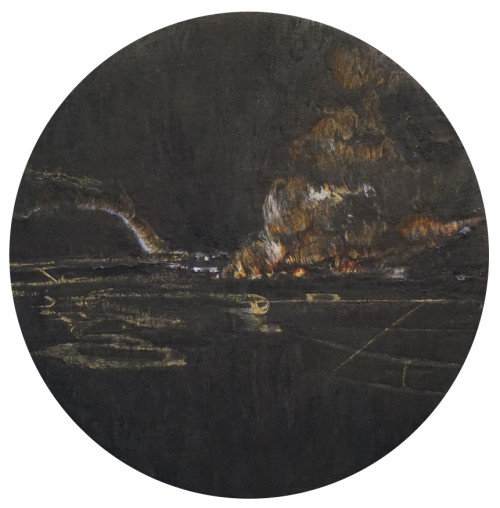 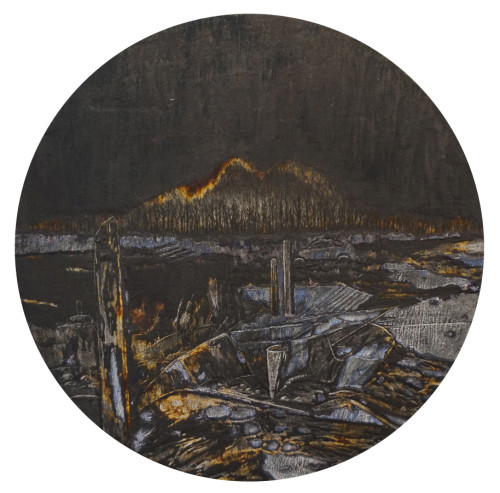 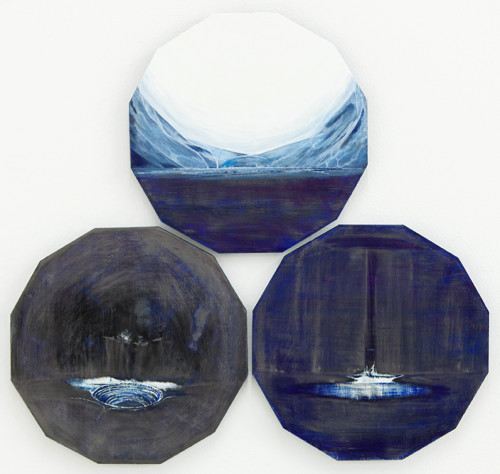 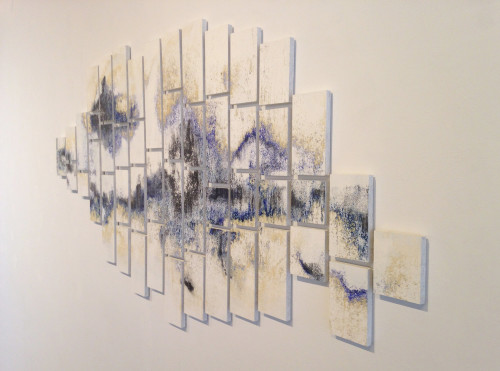