James Roughead is a Scottish artist raised on the Isle of Bute, currently living and working in his Glasgow home studio. The subject of the majority of his work is landscapes and seascapes from around the Isle of Bute and the British coastline.

Working with oils and gouache both 'plein air' and in the studio, James focuses on colour and textural variations to achieve impressions of his subject, that have an added dimensionality and life up close.

This surface texture is developed by using pallet knives and thick loaded brush strokes dispersed around thin layers of paint, with the occasional points of raw surface poking though. 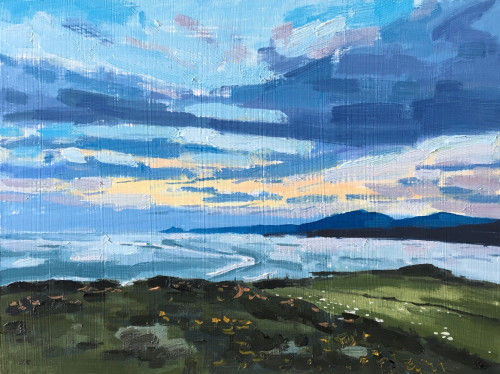 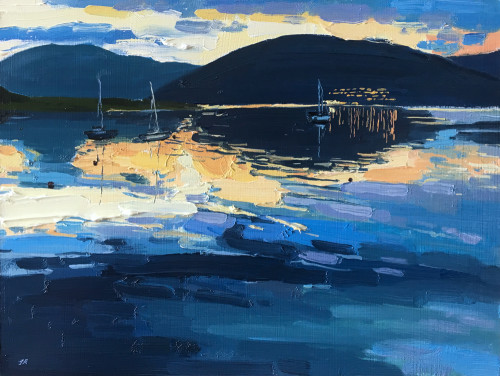 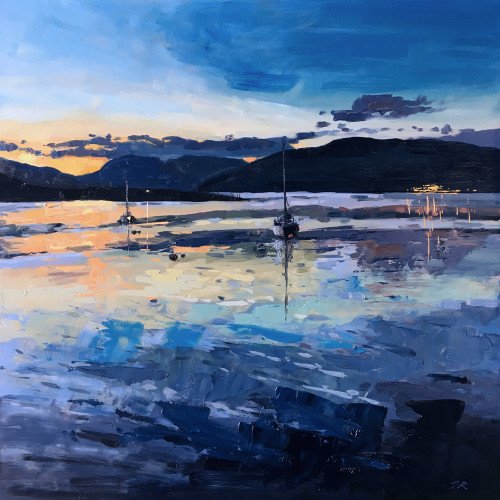 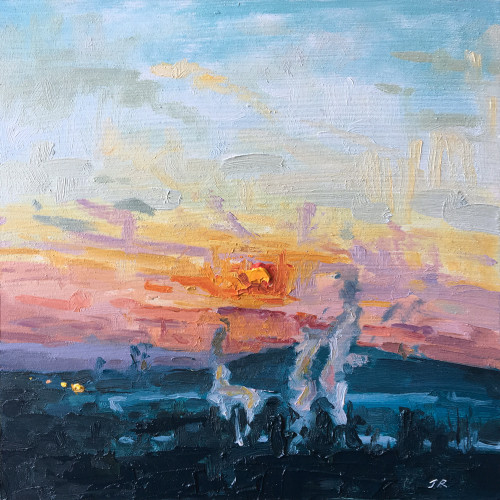 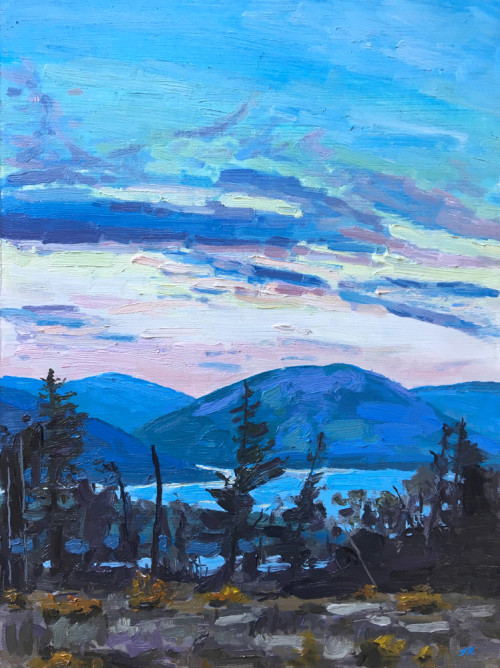 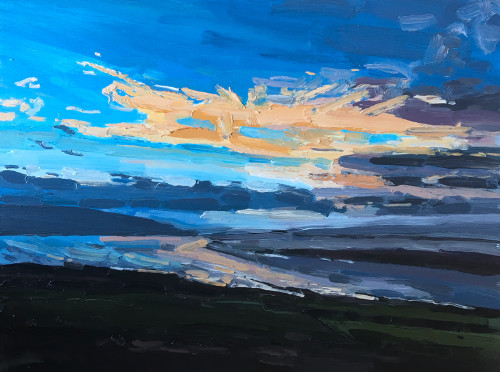