I work from my home based studio in Edinburgh. Since setting up my practice in 1991 I have made tapestries for private and public commissions and I have regularly exhibited in the UK as well as Europe, Japan and Australia.

My work is held in public collections that include the V&A Museum, London, Arts Council England and Elegan Kobe, Japan.

My tapestries are about the emotional impact of colour, creating an immediate sense of energy through a vivid but limited colour palate. I am fascinated by the intimacy of weaving and storytelling, bringing together the past and present to create something new and still unfolding.

Highly narrative, my work references people, music words and events that are woven into the fabric. The imagery is a careful balance of patterns, symbols and mark making.

Japanese art and textiles have been a major influence on my work over the past decade and in particular the visual aesthetics of space. Woven strips, based on the obi or kimono sash, became a vehicle for randomly connected imagery suggesting the border of a larger unseen design. These strips could be hung vertically or horizontally in different locations to create a completely different
visual effect. I like to see my work as something constantly evolving into new areas.
EDUCATION
1971-74 University of Newcastle upon Tyne 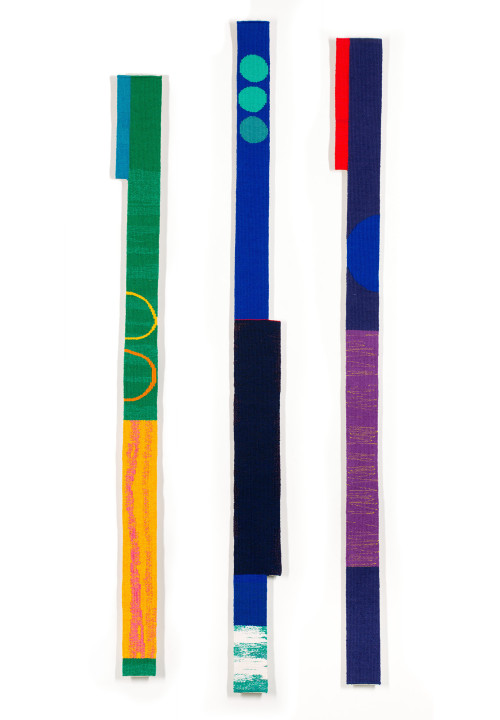 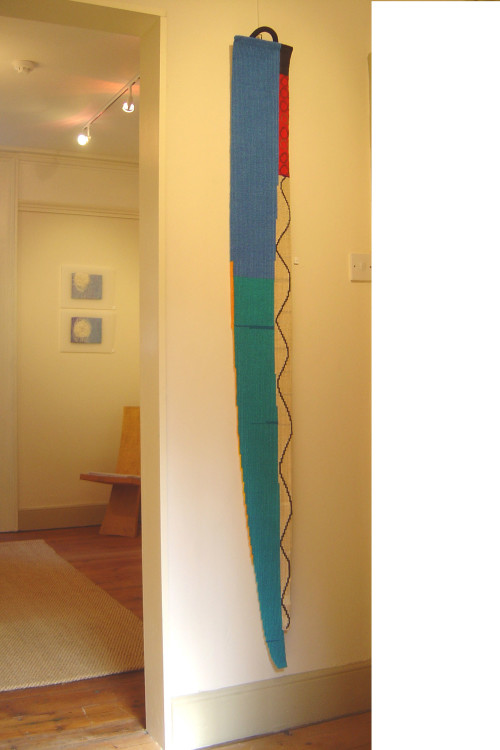 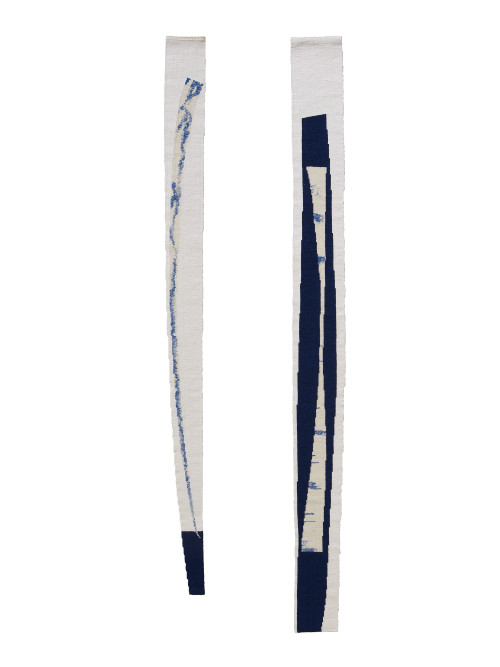