Working as a silversmith, using a combination of silver, non-precious metals and plastics, I create sculptural pieces that draw inspiration from places that have fallen into a state of disrepair.
In the main I have focused on the ruins of Cammo Estate, once a grand piece of Scottish architecture, years of neglect have left little to its structure but the outside walls. I specifically explore the textures and remaining forms that are created from the structure’s relentless battle with the elements, which slowly carve and sculpt what remains. The direct translation of these textures through the process of etching echoes the natural process of weathering, which creates an archeological feel to my work.
Encasing fragments of transient objects suggestive of decay in resin, transforms them into something more permanent, capturing that moment of time.
The buildings that I explore are fundamentally containers of objects and people. Over time people will attribute memories and emotional attachment to these places. My work encourages users to store objects within them. The use of precious metals suggests value within my work in the hope that the user stores objects precious to them within it. I also hope this encourages the user to create tradition of handing the piece down enabling the piece to gain its own sentimental worth.
Work Experience and Training 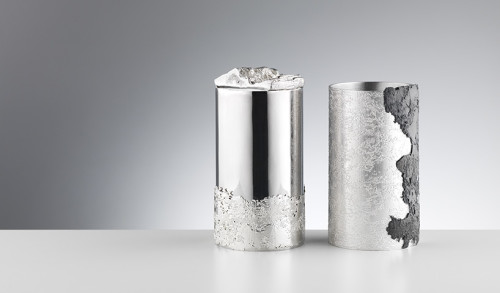