My recent work is based on wave patterns and maps used in ‘natural’ navigation, developing from recurring themes of the sea and memory of places, particularly the Northern Isles of Scotland.
Images from art and poetry also play an important role in my jewellery. With a background in sculpture, I like sculptural forms in jewellery but there are always interesting textures in the surfaces of my pieces that repay closer examination.
Biography
Dianne is an award-winning jewellery designer-maker who specialises in one-off pieces. Originally a sculptor and art historian, she lectured at Edinburgh College of Art for 25 years. After a period as an Honorary Research Fellow, Dianne re-trained as a jeweller and has been exhibiting her work regularly in UK and Swedish galleries since 2005. 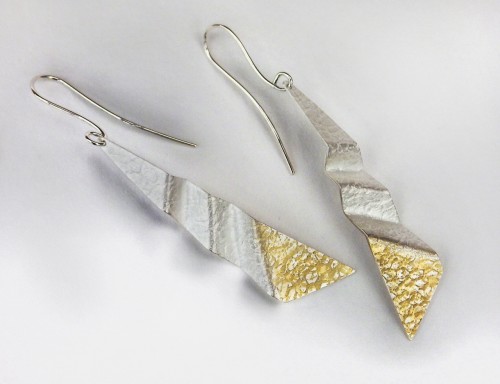