Chris studied ceramics in Calgary and Nova Scotia, Canada. He makes tableware from his studio Cyan Clayworks in Edinburgh.

His intention is to bridge the rich industrial ceramic heritage in the UK with surfaces and formal considerations developed through the British and American Studio Pottery movements. His focus is to create objects to enhance contemporary cooking, eating and drinking experiences. How a vessel works on a practical level is important; he pays a lot of attention to details such as feet, handles, and weight. For him, pots should not only be practical but beautiful objects in their own right.

Although predominantly a wheel thrower, his work has shifted recently to more industrial processes. He restored a jigger jolley machine in 2017, and it has become his primary mode of making. This is a niche piece of equipment, usually only found in ceramic factories rather than a small studio. A useful way to describe it is as ‘mechanical throwing’. Original models and plaster moulds are made with a hand cut template to shape the inside. Repeatable forms are made in small batches.
Education
Bachelor of Fine Arts, Alberta College of Art and Design, Calgary Alberta
1995 – 1999 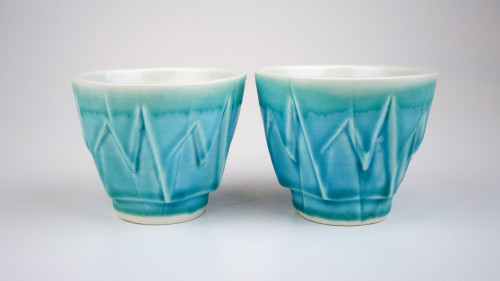 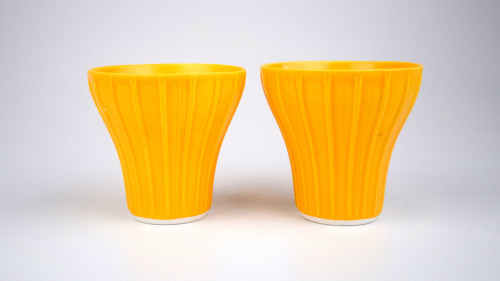 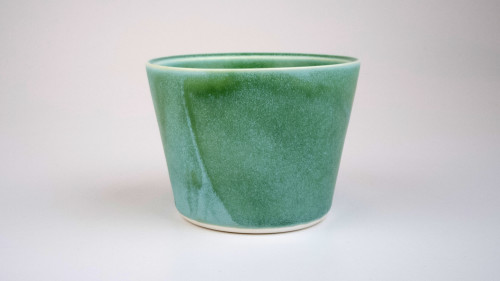 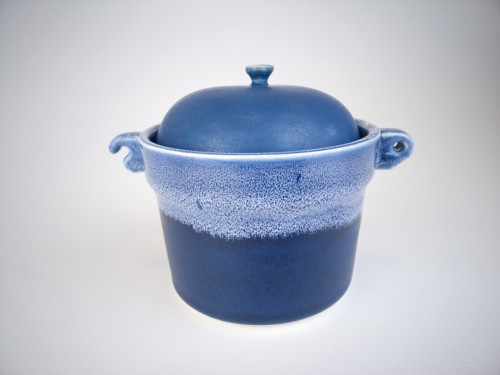 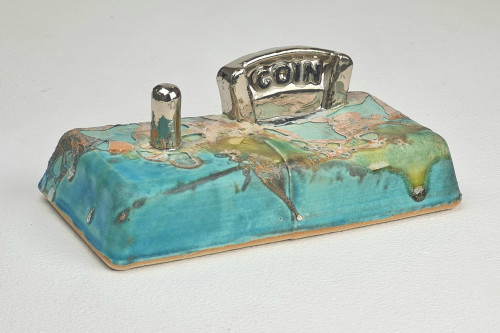