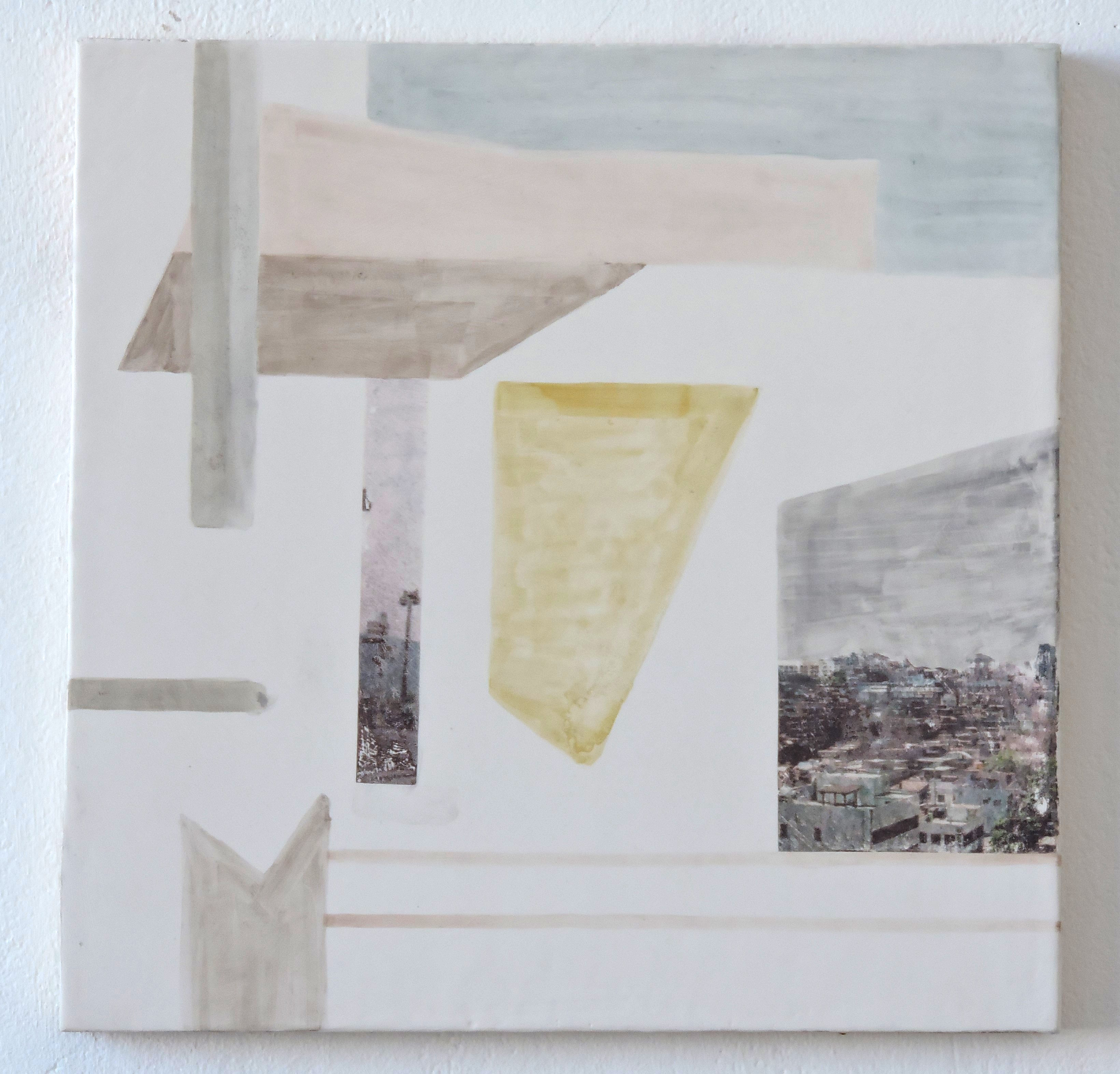 Barry McGlashan is a painter.
A significant part of his early work was informed by travel thanks to a number of scholarships and awards, most notably from The Royal Scottish Academy in Edinburgh.
This left him fascinated by the language and seemingly endless dialogues which exist throughout the histories of Painting. In response to that interest and love of lineage, and following on from his most recent exhibition at John Martin Gallery in London (2018), he was invited to exhibit his work in the studio of the great Flemish Baroque artist, Peter Paul Rubens at the Rubenshuis Museum in Antwerp for a period of four months. The only contemporary artist to be included in the acquisitions and loan scheme, it was a career highlight.
His work has been exhibited extensively since graduating from Gray’s School of Art (Aberdeen) in 1996, with many paintings being held in public and private collections worldwide. He has also worked with institutions such as Aberdeen University, The Royal Scottish Academy (Edinburgh), Grays School of Art (Aberdeen) and The Mall Galleries (London) in various roles both in selection and judging but also as a mentor and in an educational capacity as a tutor at Grays School of Art between 1998 and 2005.
However, most important to him is that valuable time spent alone in the studio, painting.
He shows regularly with John Martin Gallery in London, his next major show being in the Autumn of 2020, and also at The Scottish Gallery in Edinburgh where he will have a major exhibition in the Winter of 2021.
The Royal Scottish Academy - https://www.royalscottishacademy.org
John Martin Gallery - https://www.jmlondon.com
Rubenshuis - https://www.rubenshuis.be/en/content/acquisitions-and-loans
Aberdeen University - https://www.abdn.ac.uk/study/postgraduate-taught/degree-programmes/921/art-and-business/
Grays School of Art - https://www.rgu.ac.uk/study/academic-schools/gray-s-school-of-art
The Mall Galleries - https://www.mallgalleries.org.uk/whats-on/exhibitions/fba-futures-2020
The Scottish Gallery - https://scottish-gallery.co.uk

"Watercolour is something of a foreign country to me, so I found the considered work of Kirsty Reid immediately arresting. There's a sense of something remembered and familiar in them, it’s a very clever thing to achieve. Here is a painter who understands that which is left out is as important as that which is not, and through careful but confident selection, she creates these sublimely understated paintings which deliberately give us just enough." Barry McGlashan

Having visited the GSA degree shows every year in my home city of Glasgow growing up, I knew I wanted to go to art school for a long time before applying. There was something really exciting about seeing new graduate work and discovering so many new artists each year that when it came to my own degree show it felt a bit surreal. I studied Fine Art at Duncan of Jordanstone College of Art, and the interdisciplinary aspect of the course meant I had the chance to try lots of processes that all became an important part of my work. This included analogue photography, ceramics, fabric printing and watercolour woodblock printing. My practice is now made up of lots of different methods of making, and I enjoy being able to keep experimenting with them all.

Two of my biggest interests are materiality and painterly marks. As I work across several disciplines, I’m fascinated by the combinations of, for example, a shiny glazed ceramic surface next to watery brushstrokes of paint on a delicate, almost transparent piece of Japanese paper. My subject matter mostly focuses on landscape, however I have recently started to bring elements of the interior into my work also. I usually begin with colour film photographs I have taken of a place, and as I look for interesting colours or shapes, I consider which medium this would translate best to.

Carol Rhodes and Cathy Wilkes have inspired my work greatly, particularly during my first couple of years at art school, when I was trying to figure out my practice and how to make it my own. I also discovered watercolour painter Silke Otto-Knapp during this time, whose work showed me how watercolour paintings can have a space in contemporary art.

More recently I have been inspired by Poetic Pastel, a project founded by artist Johanna Tagada, which looks at tea culture, nature and slow living through painting and publications. After graduating from art school I spent three months in Seoul, South Korea, where I explored Korean ceramics, painting and tea culture, which had influenced some of my degree show work. When I came back to Scotland I was thinking about mindfulness and minimalism in my paintings, and Poetic Pastel was really interesting as they were making work about a lot of the same things.

It takes me quite a while to finish paintings as I take time to carefully plan out the composition and colours before I start. Once I have this figured out I enjoy the making of the final work. A good day for me would be if a piece turns out how I imagined it or if it looks even better than my plans and sketches.

I can’t listen to podcasts as I get too distracted! I usually need a lot of concentration, especially when using watercolours as they can be a bit messy, and my painting style is very controlled. I like listening to something calm, recently I’ve been listening to jazz cafe playlists on youtube.

I’m currently working on some pieces for a show in Glasgow next April, at the Southside Fringe. I’m also continuing to develop my painting, and the new ideas of mindfulness and balance of abstract shapes with pictorial elements I’ve been exploring recently. I’m starting an internship in Museum Learning in December, and I hope the collaborative aspects of working with collections and the public can add some new ideas to my practice.