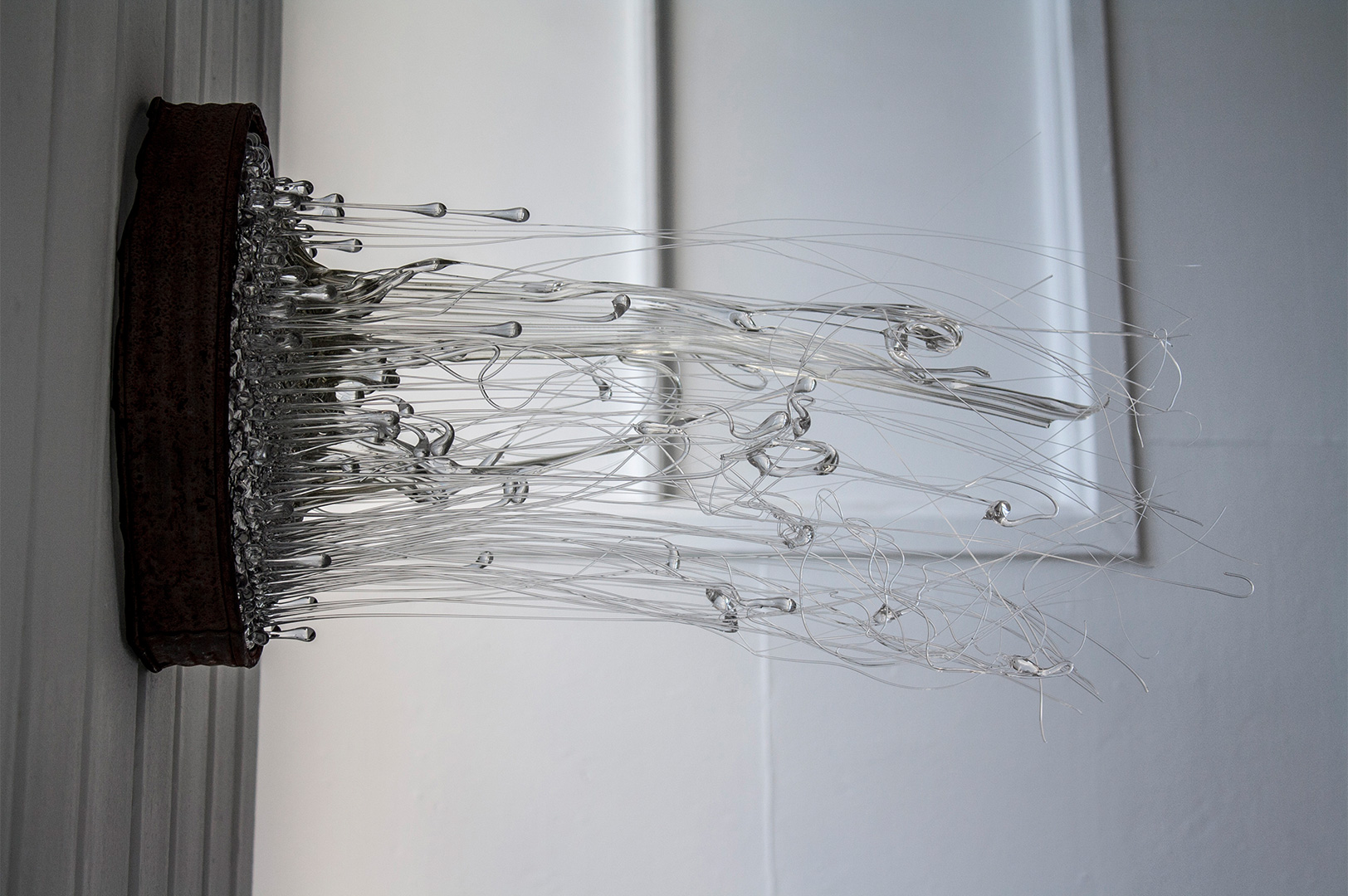 Immersive, participatory and environmental provocations form the basis of Calmus's practice which takes a multidisciplinary approach spanning fixed large scale light installations to month long nomadic social interventions. Interested in psychological and philosophical narratives, her practice is intentionally interdisciplinary; viewed as a series of experiments underpinned with explorations into interaction.

Calmus graduated from Duncan of Jordanstone (2014) in Art, Philosophy and Contemporary Practices, after which she moved to Edinburgh and began volunteering as a Hidden Door Festival team member, where she continues to contribute by developing the festivals content. Sarah is currently President of Visual Arts Scotland.

The first of Sarah's three choices is Theo Shields:

"Theo Shields creates highly playful murmurations of enquiry across many mediums. A vast back catalogue of exhibitions, Shields’ practice stretches across disciplines and experimentations in wood, glass, steel, found materials and site specific controlled projects. His work Ant Drawings, an experimental piece involving a miniature Richard Serra replica of Titled Arc and ants, brings playful enquiry to the fore. In some disciplinary contrast, glass works, Internal Space and Pure Response, delicately hang through metal forms and take a breath of fluidity. These pieces carry a nod toward a kind of classical dignity, and yet, the playful quality is still present; the artist is still clearly pushing enquiry through form. It is this freedom to explore and to take leaps of faith that is constant in Shields work. The richness of diverse play, experimentation and the perseverance in this to continue to do so, marks Shields as a true forger of creative enquiry."

Could you describe your practice?
As an interdisciplinary art practitioner,I work alongside skilled makers, helping me to expand my knowledge within the parameters and traditions of each discipline. Through this process I have built a diverse fabrication skill set and a textured understanding of an array of materials. My finished sculptures refract a series of dialogues - not just between materials, but crucially between individuals and the processes that underpin them. The end results can be considered as portraits; they define, challenge and celebrate the relationship between working aesthetics, traditions, and ethos of different making practices.
At the centre of this process is the changing states of organic matter and its relationship to time and place. My work responds to the visual and tactile textures of the landscape around me, using indigenous materials, people and processes to create site-responsive installations. Approaching sculpture in the expanded field, my work can take the form of an exhibition, a workshop, film, essay or a meal - both on-site, and in the gallery.

What are your art influences? Which contemporary artists/makers do you admire and why?
I’m influenced by the small personal discoveries brought about through experimentation and play. And find joy working with organic processes and materials. Artists I admire include Michael Rakowitz,  Katie Paterson, David Nash, Eve Chabanon, Gabriel Orozco
What makes a good day in the studio for you?
Finding flow, getting my hands dirty, setting something on fire.

In the studio – music, audiobook, podcast, Radio or silence?
Either radio 4 or melodic house music.

What is coming up next for you and where can we see more of you work
I have recently moved towards a curatorial practice and have been running the program at Oriel Hwb Croesor in North Wales. I am in the planning stage of a project, making some pieces for a sculpture garden out of slate and cast concrete.  www.theoshields.com to find out more.