When I work, it's the physical application of the medium, be it paint, charcoal, pastel or a heady combination of all of it that thrills me. As I relax and take risks with my colours and media, I am lead on by the flow of creation. The element of risk-taking, of losing the image and finding it again tests my trust in the process and makes me really work on a deep level. When I'm in this deep level, people, buildings, waterways and skies emerge as I further surrender and trust. When this happens I am shown worlds beyond worlds.
2019 Untitled Artists Fair, Chelsea Town Hall, Kings Road, London 31 May to 2 June 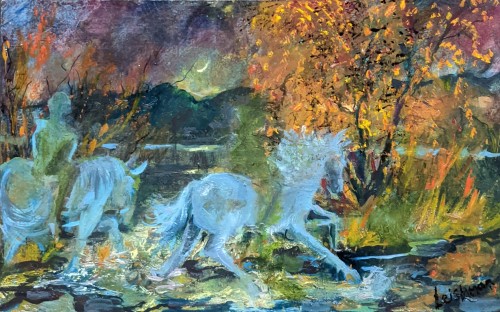 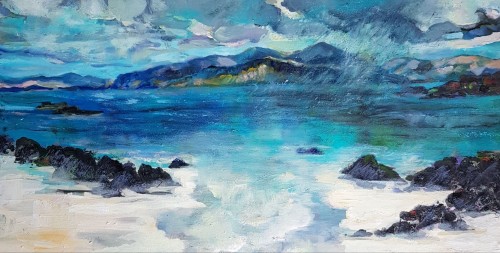 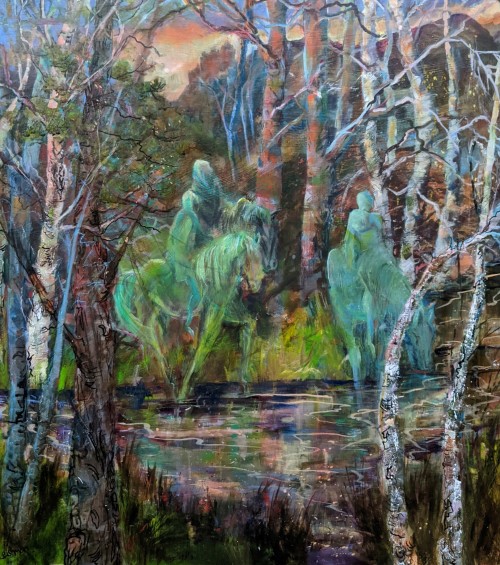 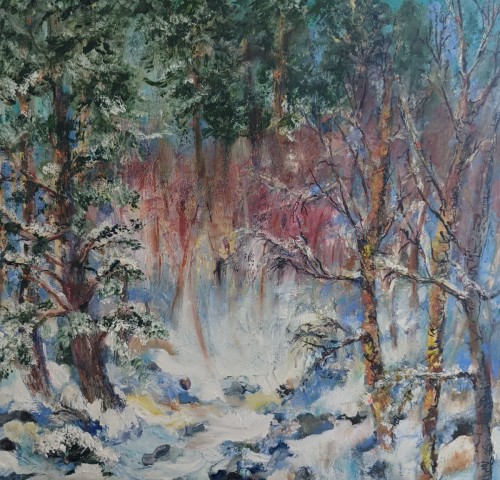